The only way for a student or trainee to become a safe driver is by learning and embracing traffic laws and the rules of the road. Though you can perform research on your own to be knowledgeable about those laws, the best way to go is by getting professional driving lessons. By enrolling in a qualified driving school, you also get the best chance to past the driving theory test. 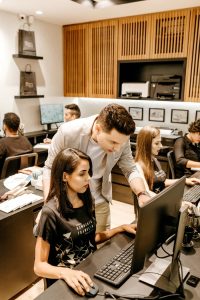 The driving theory test is usually made up of two parts, namely the multiple-choice and the hazard perception. The tests are typically conducted on a computer at the testing centre. The multiple-choice component of the test may include at least 50 questions, with the examiner giving you about an hour to complete. The passing rate varies from one region to another.

Meanwhile, the hazard perception test comes next after you’re done with the multiple-choice test. This time, you are required to watch some video clips that feature the most common scenarios and situations on the road. Each video presents an impending hazard. For the most part, the test works by showcasing a hazard that’s about to happen. Your job is to click the mouse the moment you see it. The idea is for you to spot the hazard as early as possible to prevent an accident from happening.

The hazard perception test is somewhat a measurement of how much you’ve learned in driving school when it comes to making split-second decisions while on the driver’s seat.

A learner driver or someone who intends to upgrade an existing licence to drive a different vehicle must go through the driving theory test. There is no way to bypass or go around it. It’s also worth mentioning that for anyone to qualify for the test, a provisional licence is required.

So, how do you pass the driving theory test?

The first thing you must do is to be at the testing centre about half an hour ahead of time. It ensures that you have enough time to prepare and calm yourself down. If you’re late, you’re merely putting unnecessary stress on yourself, and that might be reason enough to fail the test.

Be sure to take advantage of the allocated practice time. Although some people think that it is unnecessary, you’ll find out later that you need some getting used to with the computer, layout of the test questions, and the touchscreen equipment. If you don’t practice, you will waste your time with the learning curve.

Don’t dwell or spend too much time on the difficult questions. There’s an option to mark that question as “unanswered” so that you can go back to it once you’re through with the other questions. Learn how to strategize since the test comes with time pressure.

Lastly, grab the opportunity to take a breather in between the two tests. You don’t want to head straight to the hazard perception without clearing your head with the clutter from the multiple-choice test. Let your brain relax for about five minutes before proceeding. 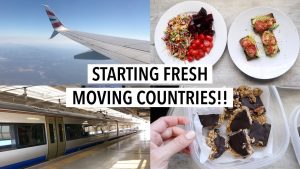 MOVING CHECKLIST & HOW TO MOVE OVERSEAS